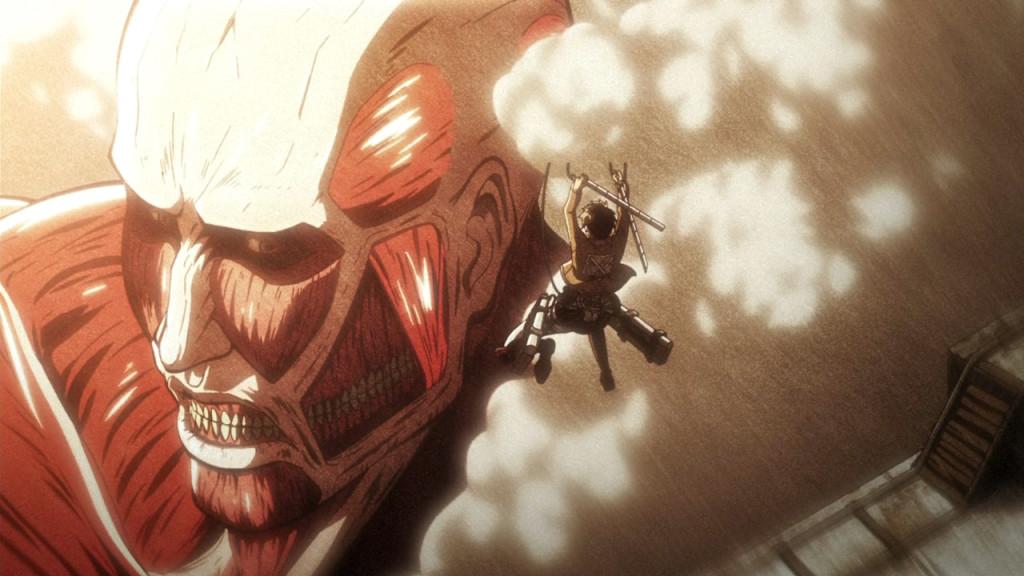 In an alternate universe, humanity has been driven into hiding.  They live in fear of giant creatures resembling humans, called Titans.

These creatures seem to have no goal other than to devour humans, but this wasn’t a typical occurrence for an extended period of time due to the large walls built around surviving groups of humans.  The walls were large enough to shield humanity from the Titans, whose height varies; a Titan’s height ranges from three to 15 meters tall.

That is, they were tall enough and safe enough until now.  A colossal titan has appeared seemingly from nowhere and broken into the walls.

This is Shingeki no Kyojin, or Attack on Titan in English.  It has rapidly gained popularity in many areas, including at our own school.

Chris Reinl, junior, watches the show.  “I have been following the Shingeki no Kyojin series for a few months now, and I have come to cherish both the weekly releases of the episodes as well as the monthly releases of the manga.”

“At first I was fairly skeptical about the Attack on Titan,” said Tetyana Kolomiyets, senior.  “Still, after hearing that one of my friends got into the show after only one episode, I convinced myself to give it a chance. And I swear I never regretted it.”

The characters are very complex and develop through the series, which makes them quite appealing to those who watch it.  Tetyana said, “The show has a bit of every kind of character, so it all depends on what kind of personality a person likes.”

Chris’s favorite character is Commander Erwin, whose “entire character is based around the guy who has to sacrifice his own grip of humanity to accomplish the tasks no one else is willing to do.” Tetyana’s is Jean Kirschtein because of his character development.  She said, “Jean changed from an annoying jerk who most of us can connect to that stupid guy in one of your classes to someone you can actually have a conversation with.”

Episodes become available in the United States on Saturday nights and are about 25 minutes long.  The show can be watched for free at http://www.crunchyroll.com/attack-on-titan.