Voices for Venezuela: A Country in Crisis 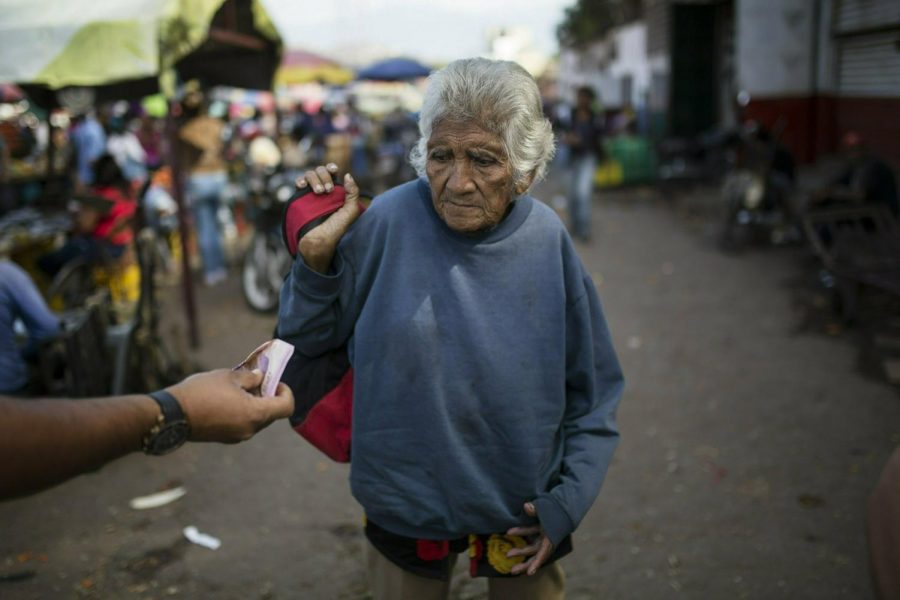 Imagine going to a grocery store with five dollars. Just five. Why? Because that’s all you have.

And imagine that the meager items on the shelves are worth millions. Millions. Why? Because of inflation.

Every day is a struggle; people strive, sometimes in vain, to obtain even the bare minimum. Although this may seem like a fantasy, it is the unfortunate reality for the people of Venezuela.

Hugo Perez, an advocate for Venezuelan people, says that the crisis is “economic, humanitarian, social, and political.”

The communist government, which came to power about twenty years ago, hides behind the facade of being socialist.

Venezuela is facing one of the largest inflations in history. To put things into perspective, Mr. Perez contrasted the inflation rates of Venezuela and the USA.

“Sometimes the price changes in one day,” says Perez. “Say you have money. You go to the supermarket and you want to buy something. But the supermarket, they don’t have it. And when they do, it is very expensive.”

Salaries are not rising to meet the demand of economic inflation.

“A common salary, or general salary, is four dollars a month,” says Perez.

This translates to about 48 dollars per year.

“If you want to buy, for example, a container of oil, or fry something in your house, it’s three dollars.”

With each necessity taking up such a considerable portion of the income, it is difficult to purchase even food. Even in programs such as health care, medicines are lacking.

From basic antidotes such as Tylenol, to more complex procedures such as cancer treatment or surgery, a Venezuelan must search elsewhere to fulfill their needs.

“You have cancer, right now, in Venezuela? You’re going to die,” says Perez.

The people are divided between the supporters of the government and those who oppose it, although the population of the latter is steadily rising. The government recently held an election, but it was just a puppet election according to Mr. Perez.

“They cheated,” he says. “It was a fake election.”

The Venezuelan government does not hold the government of the USA in the highest regard. Painting them as delinquents and drug-dealers, they attempt to sway the people’s opinion on them.

Their attempts prove to be futile; people are constantly trying to evade the hardships of Venezuela and escape to other countries.

Despite Venezuela’s bleak prospects and difficult government, a ray of hope is always present.

“We want to help the kids in Venezuela,” says Perez. “Because they need more attention. We can help them with food, with basic medicine… with clothes, with shoes, and now in Venezuela they are starving, the schools, are starving.”

CB South, as a community, has the ability to come together and make a difference. By donating a book, or a pencil, a student can make a lasting impact on the life of another child.

That one pencil, or one book, could be the difference between whether a child receives schooling or not. It is imperative for the entire school to participate in the Voices for Venezuela fundraiser organized by HOSA, which has assigned each Titan Forum a specific list of materials to bring.

When considering whether to make the effort to buy an item for donation, it is easy to lose sight of how much we can make a difference.

With the result affecting people far away, in a different country, a different hemisphere even, one little bottle of mouth wash or tube of sunscreen seems to be an insignificant detail, something to store away in the back of the brain and forget about.

But it means the world to them. The people of Venezuela. And if they get the help they need, they will be eternally grateful.

Americans are blessed to be born in a country with so many opportunities, inventions, and comforts. That level of freedom should be extended to all other citizens of the world.

By donating to support the people of Venezuela, a person steps towards achieving the ultimate goal: leaving their mark on the world.