What’s Next for the Philadelphia Eagles? 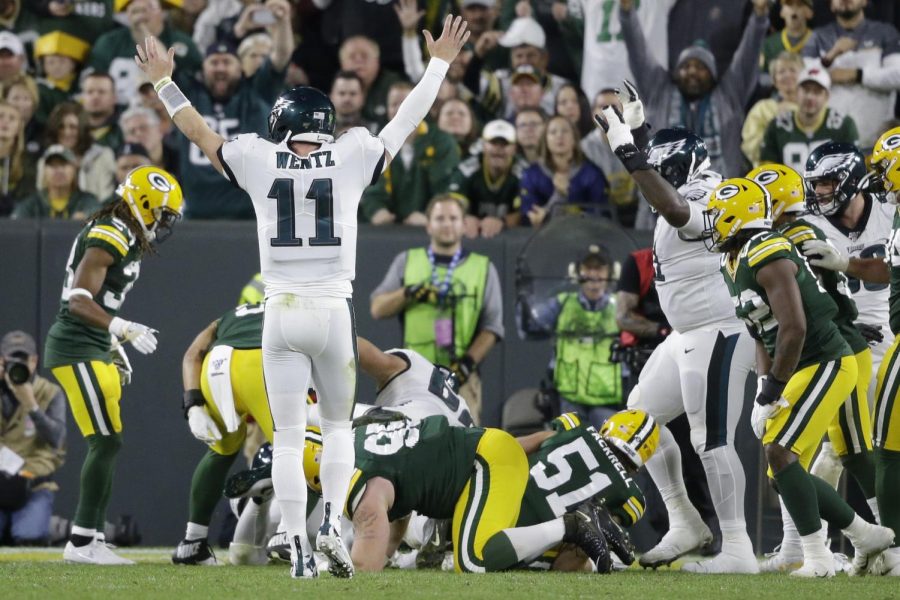 After falling behind 10-0 against the Green Bay Packers early in the 2nd quarter last Thursday night, you could already picture what everybody would be saying about the Philadelphia Eagles.

However, by the end of the night, it was the Eagles who had come out with a thrilling 34-27 win, which potentially saved their season, improving their record to 2-2 instead of 1-3. For this one game, the Eagles looked how they were supposed to coming into the season by beating a quality Green Bay Packers team.

“We already were confident. We already believed in ourselves. It probably reassured everybody else”, running back Jordan Howard said after the game.

Although this win, which included two goal line stands and a late interception on Packers quarterback Aaron Rodgers, may have silenced the doubters for now, where do the Eagles go from here?

The primetime win over the Packers was desperately needed considering how the Eagles, who had Super Bowl expectations, came out of the gates in the 2019 season.

They started the season by sleepwalking through the first half in a game against the woeful Washington Redskins, but ultimately prevailed due to such a large talent disparity between the teams.

Then, they proceeded to lose consecutive close games against the Falcons and Lions, before beating the Packers in a much-needed win. Jordan Howard totaled 115 total yards with three touchdowns, and quarterback Carson Wentz had three passing touchdowns.

The main issue for this team has been staying healthy.

The team has seen both their starting receivers, Alshon Jeffery and Desean Jackson, go down with calf and abdominal injuries respectively. The team has also seen cornerbacks Ronald Darby, Avonte Maddox, and Sidney Jones go down with injuries. Cornerbacks Jalen Mills and Cre’Von LeBlanc are both injured, leaving the team thin at that position going into Sunday’s game against the New York Jets.

Next week’s home game against the Jets is a must-win for the Eagles, considering that the Jets are 0-3, have their own injury issues, and are significantly less talented than the Eagles.

However, that doesn’t mean the Eagles can overlook the Jets, as every game in the NFL matters.

Looking forward for the Eagles, they also have marquee matchups vs. the Vikings, Cowboys, Bears, and Patriots in the coming weeks.

So, what do you think South? Do you think the Eagles have officially put their slow start to the season behind them and can feed off their momentum from last week’s win? Or do you think last week was just a fluke and that the Eagles will continue to struggle? The next few weeks in the NFL season will give us some answers.