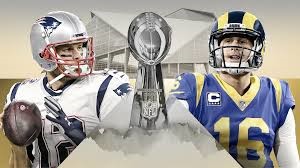 At the end of a crazy NFL season that saw the Chiefs’ second year quarterback Patrick Mahomes and the Saints’ franchise quarterback Drew Brees both put together historic seasons, it is neither of them who is left standing headed into the Super Bowl.

Instead, it is the upstart Los Angeles Rams and the veteran New England Patriots who are scheduled to duke it out in Atlanta on Sunday February 3rd at 6:30 p.m.

The Rams are coming off a 13-3 season where they backed up the pre-season hype after spending a whopping $237 million on guaranteed contracts over the summer. This outstanding record was enough to earn them a first round bye which helped them dispatch of the Cowboys 30-22 in the NFC Divisional Round.

The Rams went on to play Drew Bree’s and the New Orleans Saints in the NFC Championship Game. After a controversial no-call on what would’ve been pass interference on the Rams (and a Saints’ victory), the Rams forced overtime. Brees threw an interception in overtime that set up a game-winning 57 yard field goal by Greg Zuerlein, punching the Rams’ ticket to the super Bowl.

Meanwhile, the Patriots started the season a lackluster 1-2 but were able to right the ship on their way to an 11-5 record and a first round bye of their own. They blew out the Los Angeles Chargers 41-28 in the AFC Divisional Round and survived a 37-31 overtime thriller over Patrick Mahomes and the Chiefs. 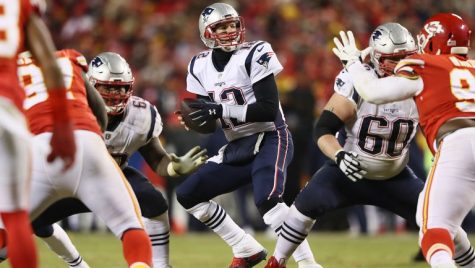 The major storyline coming into this game is how different the two teams are. The Rams are led by a third year 24-year-old quarterback Jared Goff while the Patriots are led by 5-time Super Bowl champion, 41-year-old Tom Brady. In fact, Tom Brady is older than the Rams’ head coach, Sean McVay who is only 33 years old.

Within the last couple of years, the Rams have spent a great deal of money on free agents and have completely retooled their team. Now they are back in the Super Bowl for the first time since 2002 when they used to be the St. Louis Rams and playing against, ironically, the New England Patriots. The Patriots won that matchup in 2002 by a score of 20-17 and now the Rams are coming for revenge.

On the other hand, the Patriots have maintained the same core of players the past few years including Brady, tight end Rob Gronkowski, and wide receiver Julian Edelman.

This marks the fourth year in the past five where the Patriots have played in the Super Bowl but they are looking to win their first since 2017 as last year, they lost to the Philadelphia Eagles 41-33.

Overall, this matchup promises to be a fun offensive explosion as the Rams were second in the NFL during the regular season averaging 32.9 points per game while the Patriots were close behind at number four averaging 27.3. The Rams might have more talent on paper but you can never count out Tom Brady in important games.

Now the question to C.B South is who do you think is going to hoist the Lombardi Trophy?