9/11: 16 Years Later Through the Eyes of a First Responder 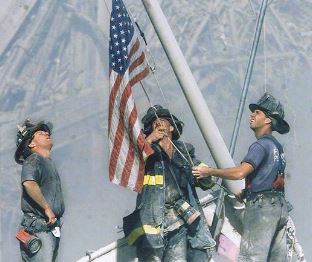 Most of us were crawling around in diapers without a care in the world when the attacks unfolded. A good majority of the student body, including myself, were not even born yet. CB South did not even exist as a school all those years ago. On that day, an attack on U.S. soil was not expected.

Over the years, we have learned what happened that day; how four airplanes filled with terrorists sought to destroy landmarks of American society, attempting to break our spirit. Buildings were destroyed. Peoples’ lives were taken. And a feeling of normality swept away. Despite everything, the terrorists certainly did not break the Amercian spirit. They failed, miserably. We came together that day to help each other in a way that was unprecedented. Random strangers helping others as we recovered and tried to return to normalcy. We succeeded because we came together as Americans. We were united.

Now, 16 years later we look back and remember those that made the ultimate sacrifice that day. Growing up as millenials, it is hard for us to completely understand the enormity of what happened that Tuesday morning. We can read about it, watch the first hand videos of the attacks unfolding, and we can pay our respects each September. We simply do not have that emotional experience that our parents and other teens our age at the time went through. As I learned more about 9/11 over the years, I always became interested in the stories about the firefighters. The way they selflessly volunteered their lives to save others and the professionalism they showed always struck a nerve with me. I do not need to read more stories of history because I am writing my own stories: 16 years after 9/11, I am now a firefighter myself.

Each time I put on my turnout gear, pop on my fire coat, and hop onto a truck as I respond to a call, I feel this amazing sense of privilege. It is a feeling unlike anything in the world that just exhilarates me. As I have progressed in my training, I have learned firsthand what it takes to be a firefighter. During a training drill, a few other firefighters and I simulated a right-hand search in a playground with air packs. A right-hand search is when firefighters go into a building and stay to the right-hand side of the building or a wall to look for anyone in that building.

During a particular drill, I really learned the physical aspect of the job. Between my normal gear (helmet, coat, and pants), I’m carrying 30 pounds, give or take, with my clothing. Now, add the weight of an airpack strapped to your back, at least 60 pounds, along with an air mask and a piece of equipment, like an axe, which could weigh anywhere from 10 to 20 pounds depending on size. I’m carrying nearly 100 pounds of weight and I didn’t even factor in the weight of carrying a hose or even a person.

Conducting the right hand search, we crawled through and under the playground equipment, in full gear with airpacks and equipment on a scorching, hot summer day. Did I mention we were also blindfolded to practice communication with each other? Dripping in sweat and fueled with somewhat of a mixture of adrenaline and fear, I realized the difficulties the firefighters of 9/11 encountered; climbing countless flights of stairs in those scorching hot towers, hundreds of pounds of weight on their backs, and maybe even having to carry people down to safety. I felt just like the firefighters that answered the call that day, following in their footsteps.

I’m not saying you have to become a firefighter to show your respect and remember what happened that Tuesday morning. However, the least we can do is to carry on the legacy of those that lost their lives, to pay our respects, and to teach the next generation about that fateful day. As former President George W. Bush stated in his address to the nation, “Evil will not stand.”