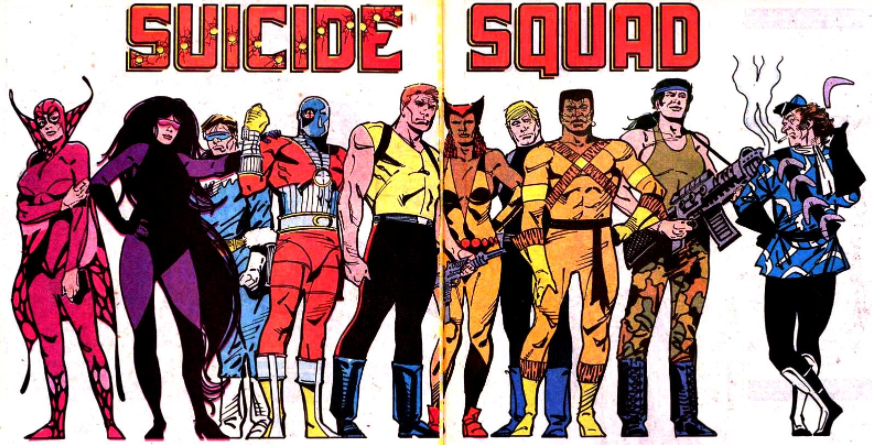 Suicide Squad was the most promoted movie of 2016. This movie came out on August 5, 2016 shown in 4,225 theaters, seen by excited fans of the original comics.

Despite it making one of the highest movies watched on the charts they managed to get very bad ratings from many different reviewers.  A couple of the ratings that Suicide Squad got were 26% from rotten tomatoes.

Although the movie got a lot of bad ratings from the reviewers, other people would disagree that the movie was very good.

Many people who like to watch movies for the action think that the movie was well put together.

However, some scenes sometimes didn’t make sense but you can put the pieces together to figure out what is going on, which is not hard to do.

The trailers for the movie showed a lot of scenes with the Joker but in the actual movie the Joker didn’t have as many scenes as you would think by basing your decision off of the trailer.

If the whole reason you watched this movie was to see the Joker, you most likely won’t be impressed with the movie.

While watching the movie you have to keep in mind that it is about different villains being grouped together to form the Suicide Squad, the Joker is only a small part of the story but it’s mainly about the whole group and not one villain.

The Joker isn’t even part of the suicide squad. He’s just the boyfriend of one of the members of the squad; all of us know her as Harley Quinn.

If you’re purely into the comic books about the Suicide Squad, I would not recommend watching this movie for the reason of you being disappointed.

Many comic book lovers that have seen the movie did not have nice things to say about this movie.  Although many of them didn’t like the movie, there are still others that did.

Technically this movie is about supervillains, but you have to admit when you watch this movie they do incredible things to save a city; mostly because they have to.

These are just some of the thoughts you have to keep in mind if you still haven’t seen this movie and you’re thinking about watching it.

If you worship the comics then I wouldn’t recommend watching the movie, unless you already have.