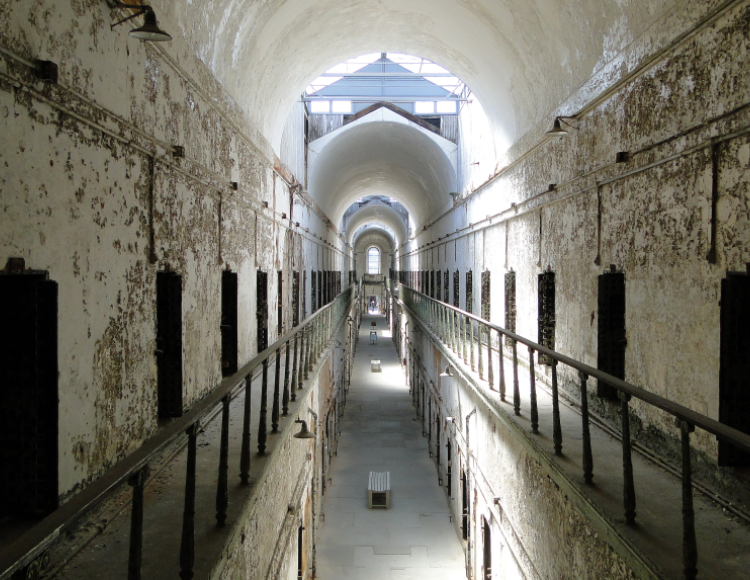 If you have always wanted to visit some of the scariest, most haunted places near you but didn’t know where to visit, look no further! Here are the 6 top haunted places to visit in the Philadelphia area.

the Seven Gates of Hell in York County. It is rumored that in 1800’s, a fire broke out in the Asylum. Due to the remote conditions, firefighters couldn’t reach the in time to save the building and the people inside. Many of the patients there died in the flames while others escaped and were later beaten to death. People argue over the role of the gate, saying the gates were put up to keep the remaining inmates that were never found inside the area.
Eastern State Penitentiary in Philadelphia. Upon its completion in 1829, it was the biggest and most expensive building ever created. It held over 75,000 prisoners over the course of its almost 150 years of it being in use. The regular prison tour during the day is scary enough, but wait until night, and you can go on the Behind the Walls haunted house.
Fort Mifflin, the only active military fort to predate the country and one of the most haunted places in the US. Now you can tour the fort and spend the night inside and search for the paranormal any time of night.
Pennhurst State School and Hospital, originally known as Eastern Pennsylvania State Institution for the Feeble-Minded and Epileptic. It is very haunted and features many attractions that can have you walking through cells of the hospital, wandering through underground catacombs, or being scared by ghosts that still haunt the campus.
Cliveden in Germantown. Dozens of deaths occurred in this haunted estate during the Battle of Germantown in 1777. Tours will take you through the grounds, and you’re likely to see the ghosts of soldiers who died in combat, or even the mysterious headless woman.
USS Olympia, which is the last floating steel warship in the world. The boat is haunted by several ghosts, and some claim to hear sounds and even see apparitions. For a cheap price, you can go on a group or self-guided tour.

Have fun this fall at all of these great attractions, but don’t get too scared!