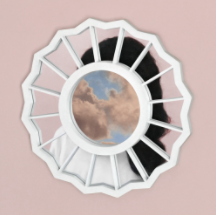 The one-year hiatus since Mac Miller’s GO:OD AM reconstructed and renewed the alternative hip-hop genre fans couldn’t wait for his next project.

The Divine Feminine holds 10 songs, all equaling up to 52 minutes of Mac’s pure and angelic voice.

As expected, there are guest stars found on the album such as his girlfriend Ariana Grande, Kendrick Lamar, Ty Dolla Sign, and others. Bilal features on “Congratulations” which is the first track in the album, “We” features CeeLo Green in an R&B style mix, and Anderson Paak joins Mac on “Dang!”.

Listening to the song’s in order isn’t mandatory, but will help with the understanding of the whole thing. Every song on the album has its own meaning and story. Mac is very open with what he wants to say, making The Divine Feminine even better.

“Congratulations” is the first song on the album, and it starts off with a neo-solo vibe, followed by a chorus of people singing. In the beginning, Ariana Grande’s voice and laugh is heard, making you think the song and/or album was inspired by her.

This song talks about the lows Mac felt without a certain person in his life. “Bought a wedding ring, it’s in my pocket // planned to ask the other day, knew you’d run away, so I guess I just forgot it” is an example of why listening to the album in order will help with analyzing it.

Following the pattern with going in order, down the list is “Dang!” featuring Anderson Paak. It is a funky song with different beats and rhythms. “How many mistakes do it take ’til you leave” and “I can’t keep losing you” express how Mac feels about his current relationship, not wanting to keep up the disputes between him and his significant other.

Skipping down to the fifth track, “Cinderella”, featuring Ty Dolla $ign, is a fan favorite. “I yell your name, Cinderella // Never gonna find nobody better” and “I won’t stop until you’re mine, no way” refers to the classic Disney movie.

Just like the movie, Cinderella runs out of the ballroom and the prince goes to search for her, just like Mac ‘yells for her’ and ‘won’t stop until she’s his’.

The best part of the song is the Mac’s outro because all that is heard is the grand piano, with some trippy sounds, and his voice. “Wherever you came from, wherever you going, I promise I’m not far behind” is the best way to end the Cinderella themed song.

The seventh track, “Soulmate” is Mac finally getting his ‘princess’. “I think you’re too divine for my human mind // When I’m with you, what do you do? Bring me to life” is one of the few powerful lyrics off the album.

‘Divine feminine’ means valuing and including the feminine form, as well as equally adding a creative life form, as well as the divine, which is masculinity. This lyric means how instead of going against feminism or against nature, being part of it should be a blessing.

In fact, throughout the entire album, Mac does just that.

He does not going against nature/his girl, but rather walks alongside her.
The album contains many powerful, engaging, and charismatic songs, no wonder why it got over 48,000 sales and ended up on the U.S. Billboard 100.

Don’t be surprised if Mac Miller pops out of nowhere with another hit, being it a  single or an album, it will be amazing, just like The Divine Feminine.