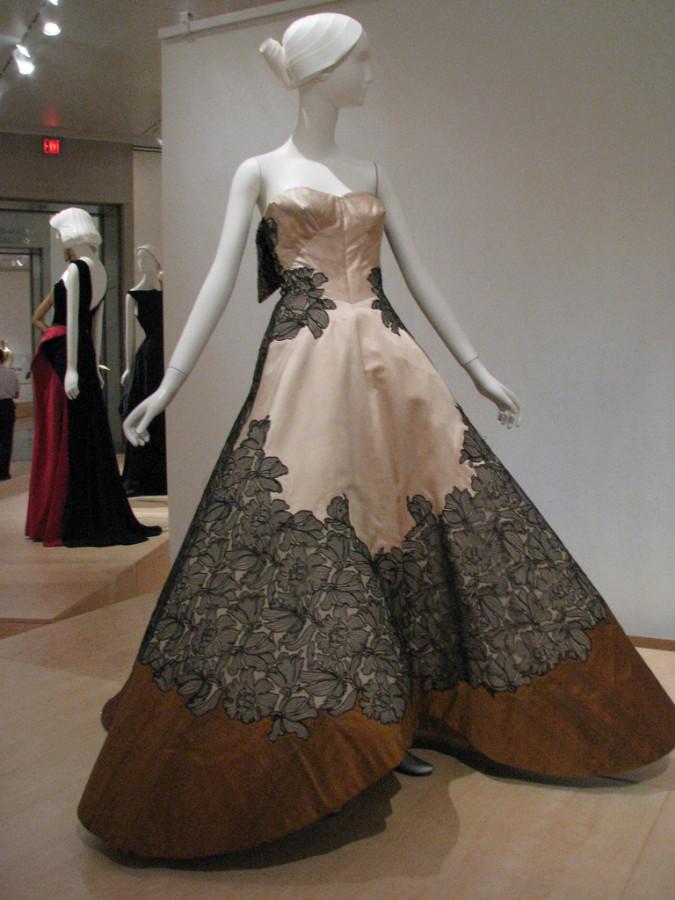 One of Charles James's designs, which will be showcased at the exhibit Photo from C-Monster via Flickr under Creative Common license

The most fashionable event of the year would be known as the illustrious Metropolitan Gala.  Celebrities spend thousands upon thousands of dollars annually on elaborate gowns for this widely known event.

This year, the Costume Institute issued a “white tie and decorations” dress code.  This entailed a black tailcoat, waistcoat, wing collar shirt and a white bow tie for the men.  Additionally, guests were asked to dress in full evening attire.

Some attendees hit the dot with their extravagant ensembles while some missed completely, as could be seen with Lupita Nyong’o’s lime green Prada dress.  On the other hand, some of the most breathtaking looks were seen on the red carpet, as with Karolina Kurkova’s sea blue Marchesa gown that included a stunning tiered construction.

The Met Gala is held each year to preview the fashion exhibit on display until sometime in August. Vogue editor Anna Wintour is in charge of it all, and this year she chose to change it up a bit.  For the question arose, why should men only serve as a neutral backdrop for their dates? Wouldn’t it be fairer if they were allowed to get dressed up in all the fun stuff as well? So this year was quite different, as the red carpet met both women and men in full out dress.

The Met hosted a preview of the Charles James exhibition to be held this year in his memory.  As the NY Times tweeted, “Charles James: Beyond Fashion, a landmark exhibition at the Metropolitan Museum of Art’s Costume Institute, reveals an artist interested in extremes but with a classical, architectural mien.”

Charles Wilson Brega James was a renowned designer who was British-born and who became known as “America’s First Couturier.” The exhibition is a menagerie of fashion turned artwork, and is quite stellar in its own way.