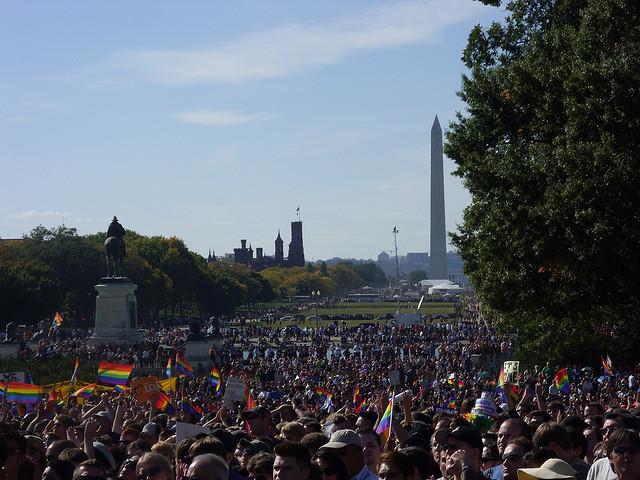 On May 20, 2014, the lifting of the gay marriage ban in Pennsylvania marked a constitutional victory for same sex couples. In court on the 20th, U.S. District Judge John E. Jones III ruled that Pennsylvania’s law banning marriage equality is unconstitutional.

The case was filed by the American Civil Liberties Union (ACLU) on behalf of 21 Pennsylvania residents seeking the right to marry their same-sex partners. After rising to the federal level, this lawsuit challenged PA’s position on marriage equality. From the introduction the residents clearly stated their position on PA’s Marriage Laws:

“We now join the twelve federal district courts across the country which, when confronted with these inequities in their own states, have concluded that all couples deserve equal dignity in the realm of civil marriage.”

The PA Marriage Laws stated prior to this case that marriage may only be between a man and a women. However, Judge Jones ruled that the current gay marriage ban as it existed in Pennsylvania was unconstitutional on the grounds that it violated both the due process and equal protection clauses of the Fourteenth Amendment, and therefore is unconstitutional. From the final conclusion:

“Based on the foregoing, we hold that Pennsylvania’s Marriage Laws violate both the Due Process and Equal Protection Clauses of the Fourteenth Amendment to the United States Constitution. Because these laws are unconstitutional, we shall enter an order permanently enjoining their enforcement. By virtue of this ruling, same-sex couples who seek to marry in Pennsylvania may do so, and already married same-sex couples will be recognized as such in the Commonwealth.”

Judge Jones’ ruling opened the doors for same-sex couples to immediately begin applying for marriage licenses. In Pennsylvania, there is a three-day waiting period before marriages can be performed after a couple receives a marriage license. Some counties, however, can waive this wait period.

PA became the 25th state to overturn same-sex marriage bans either through voters, lawmakers or courts. However, Pennsylvania only joins 18 other states in which same-sex marriage is currently available. In the other six states, marriage licenses are not being distributed to same-sex couples until a court appeals process is pursued.

With around 44% of Americans living in a state where same-sex marriage is legal, it’s easy to see the progress this movement has made in the last decade.

“We are a better people than what these laws represent, and it is time to discard them into the ash heap of history, ”  said Judge Jones in his ruling.

Only time will tell if our nation will one day be a land where same-sex marriage is a legal and accepted practice. Until then, the battle for marriage equality continues to fight on.